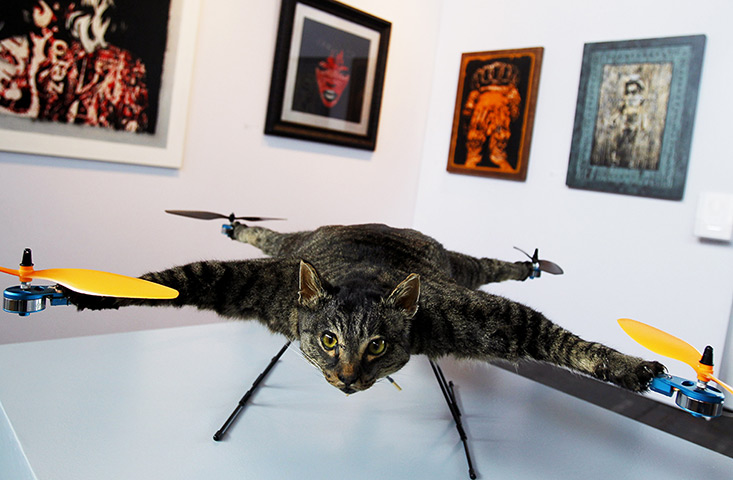 It’s harder than it used to be to write a Call for Papers for GikII, the so-cool-it-hurts blue skies workshop for papers exploring the interstices between law, technology and popular culture. Back in the day,  you could dazzle the noobs just by mentioning past glories like the first paper on Facebook and privacy, Harry Potter and the Surveillance of Doom, regulation of autonomous agents according to the Roman law of slavery, edible technologies and copyright in Dalek knitting patterns. But nowadays we live in a world where we routinely encounter unmanned surveillance drones used to deliver tacos, in commercial asteroid mining with Richard Branson, 3d printers used to create human organs and the fact that Jeremy Hunt still has a job. Still, if any of these or the other many phenomena of the digital age in desperate need of legal attention are digging a tunnel out of your brain, then send us an abstract for the 7th Gikii workshop!  Maybe this year it will be your paper which contributes the seminal GikII meme following in the honoured footsteps of LOLcats, flying penises, and knitted Daleks.

Gikii has run since 2006 in venues such as Edinburgh, Oxford, London, Amsterdam and Gothenberg with attendees coming from Europe, the US, Canada, Australia, Japan, India and Latin America. There is no conference fee, but attendees may be asked to contribute to the conference dinner on 17th September. If desired, we can suggest London accommodation ranging from cheap to more expensive.  This year’s Gikii is run with the kind assistance of the Law School, University of East Anglia at their London centre, and will commence at lunchtime Sep 17th running through to end September 18th.  These dates also offer an opportunity to combine GikII with the 7th SCL Policy Forum (details at http://www.scl.org/site.aspx?i=ev25696 ) in what has been termed the “week of geek”.

Abstracts of no longer than 500 words should be sent to lilian.edwards@strath.ac.uk and “Karen Mc Cullagh (LAW)” K.Mccullagh@uea.ac.uk  by August 13th 2012. A limited number of places will be available for participants not giving papers, and preference will be given for these to scholars (including postgraduate students) who have not previously attended GikII. Registration for these places will open at gikii.com when acceptance of abstracts is notified.

One thought on “Call for papers (Now Closed)”

This site uses Akismet to reduce spam. Learn how your comment data is processed.

Iconic One Theme | Powered by Wordpress